flightcombat_chung is a realistic 3D openGL combat flight simulator with real satellite countries sea and ground heightmaps. Attack and combat against ships DCA , give wingmen orders and fly in formation, declare war or attack other planes to start massive dogfight.

it is a free open source program written in compiled freebasic and uses gui_chung and direct openGL. 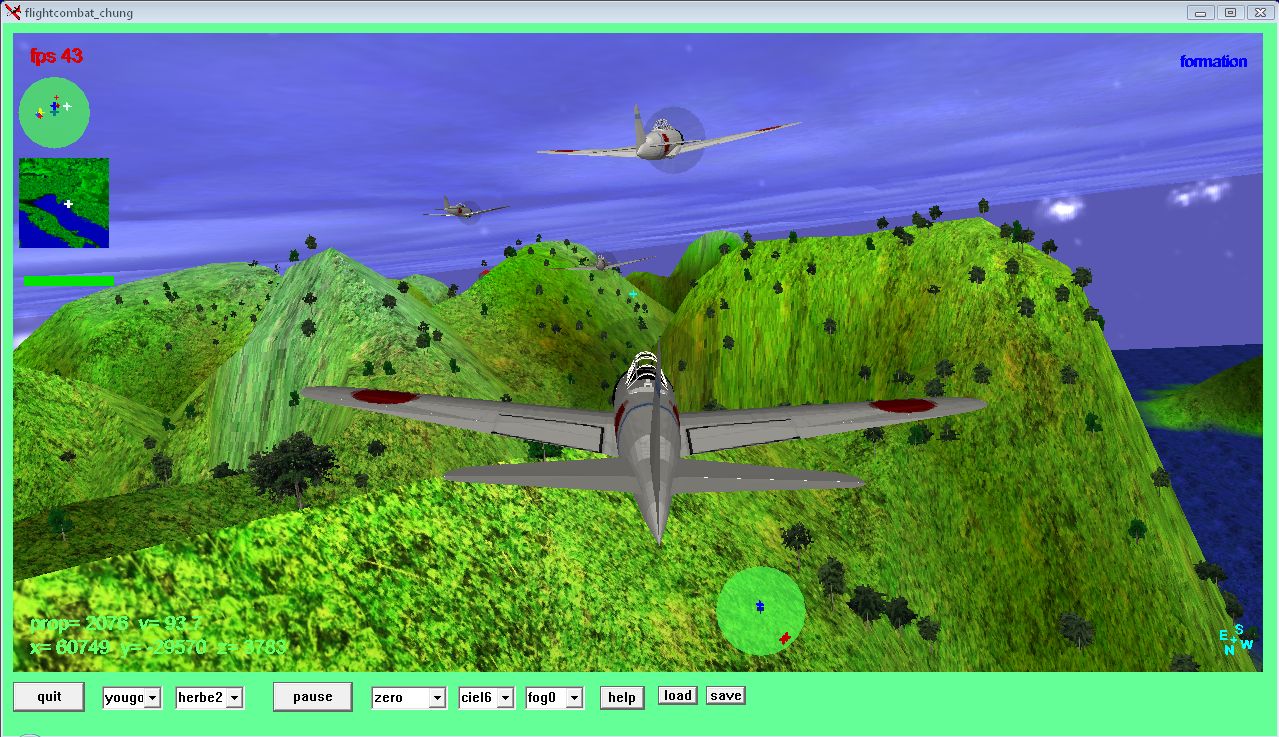 Some points:
* I find getting through all the download links a bit cumbersome.
* Takes a while to load; the game seems to have hanged before even I started playing.
* Not really sure what controls the speed. I seem to stall out a lot.
* I would allow for AWSD keys and/or mouse control for movement. Tried pressing "w", (I think), and got a "declare war" popup... a bit confusing.
* When I get killed, it almost hangs. I somehow didn't see the popup that appears initially, making me think the game had crashed. It would be better if the popups were in-game, or at least controlled by the main window, as opposed to separate windows.
Top

what is your configuration ?

keys AWSD wouldnt work anyway : i have a AZERTY keyboard (french)
rather use the arrows keys or the numpad
to see all the keys : press F1 (help)
Top

The biggie is the plane stalling out... how do I increase the plane speed?
Top

the joystick/gamepad works too (button 1/2)
Top 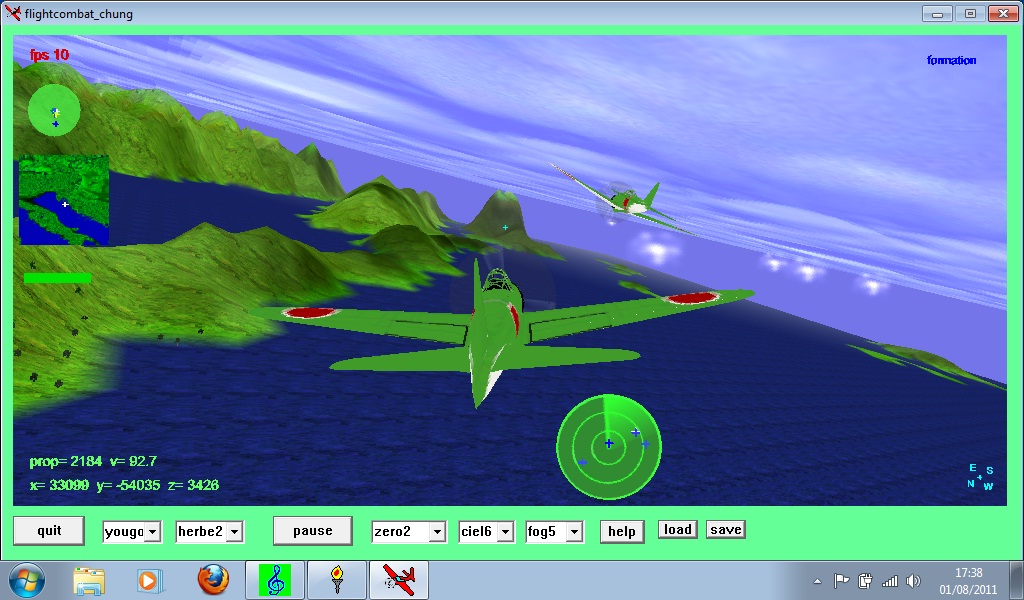 I've tried all the derivatives of your simulator ... and I find it fun to play !
Nice work ...:)
Top 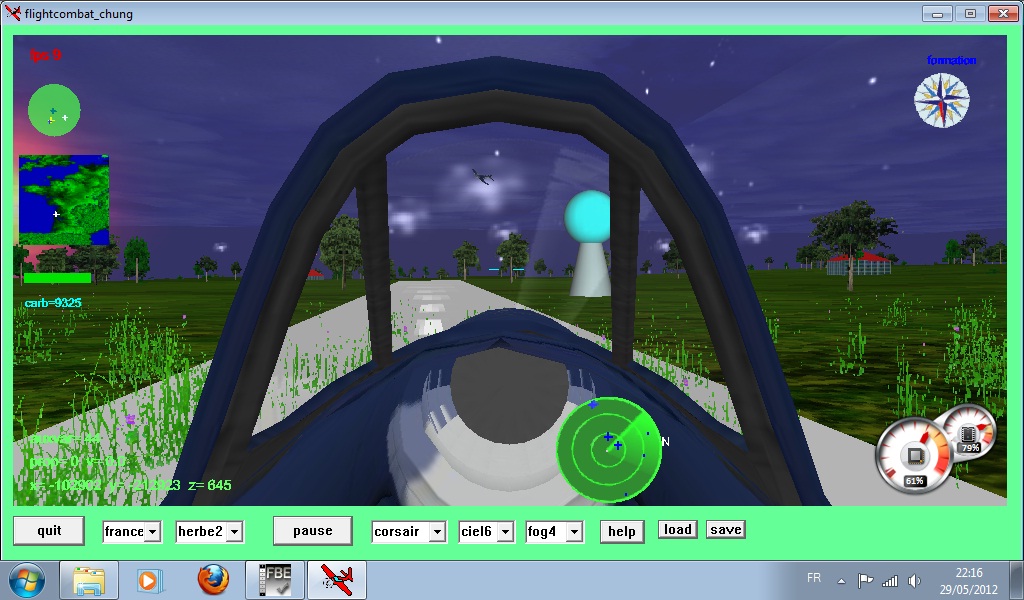 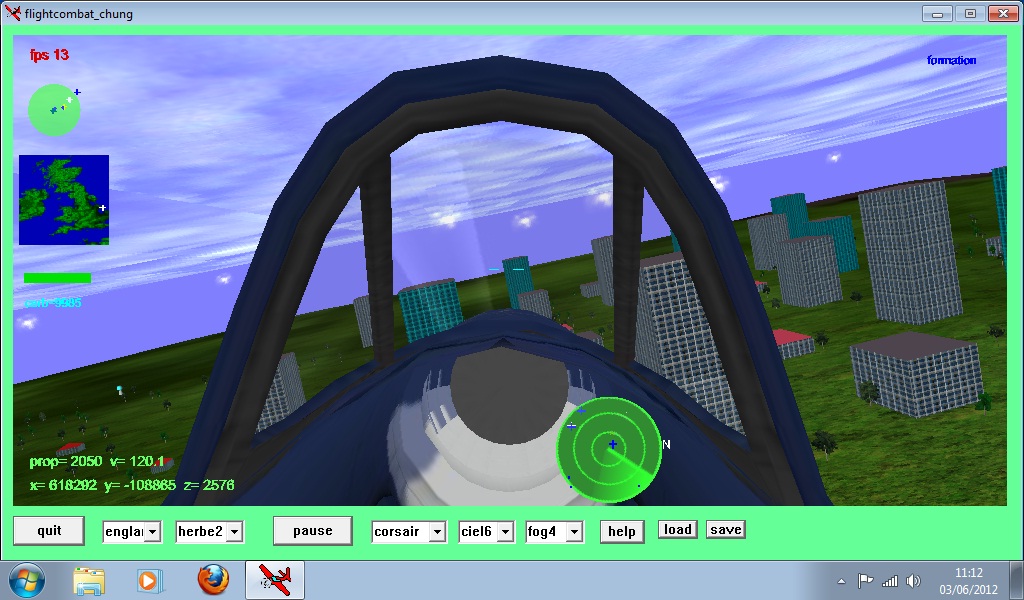 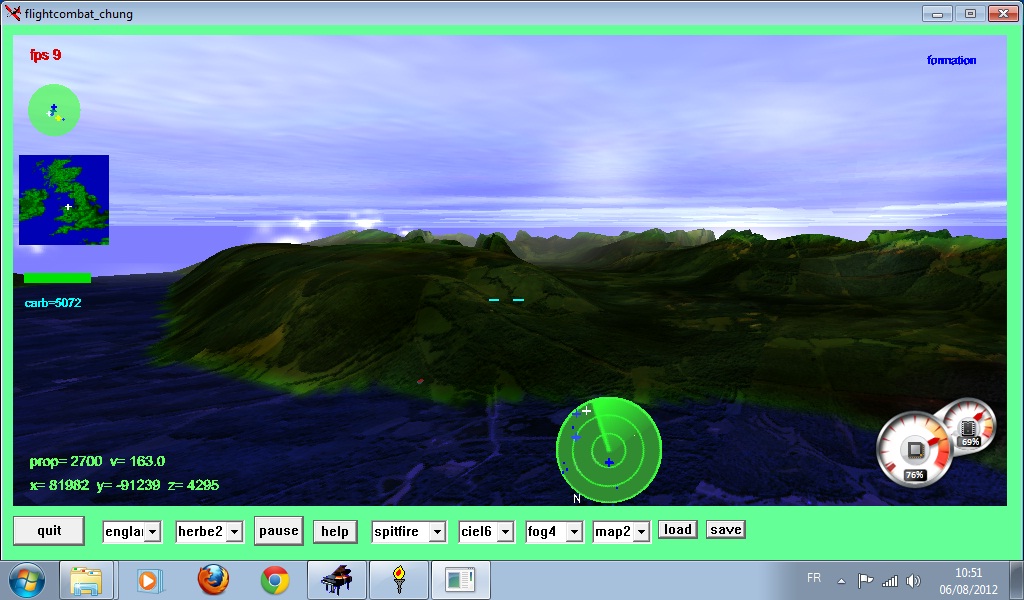 Is there a new link?
Top