The first one is my z-order problem. Had to recompile Irrlicht for that.
Second one is realizing that automatic culling is not based on the view frustrum but by some box by default, and that made my culling absolutely horrid. Went from 20 to 60 fps after setting my nodes to the EAC_FRUSTRUM_BOX state.

Changes I made (I'll forget to mention this later):

I think it depends on the category.

If there are lot of things to Set, it might makes sense to:

I think if there are a lot of functions related to Node, then

groups them all nicely. It is helpful in an IDE with auto-complete as well when you don't quite remember the function name you want.

But I haven't looked at the code in months, and it's not on my box, so... hopefully this was slightly helpful. :)
Top

I hope your project is going well, it would be interesting to see some updated screenshots of it.

I am currently reviewing and importing the bug-fixes that have been posted here although I have very little time to advance the software these days. I am work as many changes as possible in with the intention of releasing a new version that now also contains a skinable GUI.
Top

I've turned your wrapper upside-down. I've changed hundreds of functions and it's still not enough.

* I do have the CEGUI wrapper working, with several hundred getter and setter functions... however, there are just so many bugs and deficiencies in CEGUI itself, and so many problems interfacing with Irrlicht (ie: in terms of textures), that I don't know if was worth it. Plus, the attitude of the main dev sucks... either laziness, or hating me because of my criticism. (I'm banned from the forum..)
I did not expect the Irrlicht GUI to progress. The main problem with it was that it was not skinnable, but I have seen that work is being done on it. Is that what you are using for a base, or some other GUI?

* Added more mesh and node manipulation/creation functions. I added a function that can create a dynamic mesh from sets of meshes that are themselves sets of mesh buffers..

* Added many other getters and setters that weren't available before.

* Recompiled Irrlicht with my own features. :P

Here is a screenshot from a few days ago. 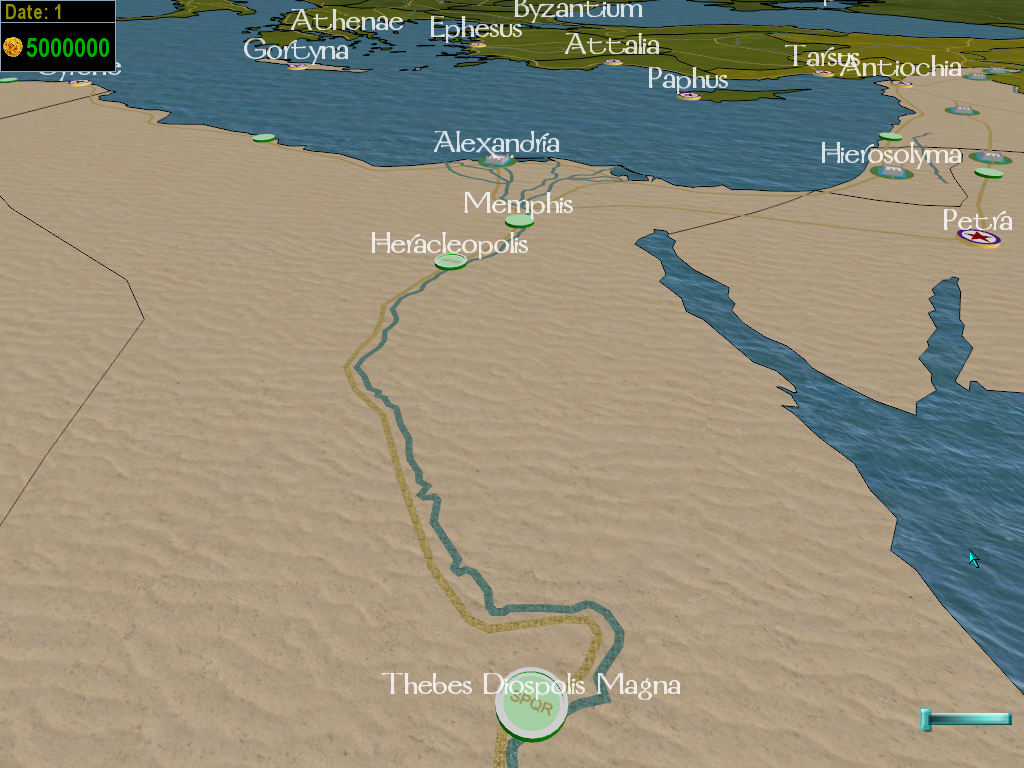 The screenshot looks cool thanks for posting, hopefully its been fun writing it and your going to have an entertaining game at the end.

At the moment I am going to limit myself to just drawing in the features and fixes highlighted in this thread since the last release, I won't have the resources to implement any large number of modifications.

The skinable GUI is achieved through wrapper support for Klaskers ImageGUISkin class and is a single call that allows all standard Irrlicht GUI objects to use images to draw their borders backgrounds and widgets its very simple but creates a distinct look. I will try and get an alpha version out at the weekend.
Top

I have uploaded a quick v0.7.8 alpha 1 that can be downloaded from this link.[/url]

v0.7.8 will mainly be about bug fixes however it will also include: -

Klaskers GUISkin class that makes it ridiculously easy to skin the native Irrlicht GUI with a single call and give your application a very distinct look. All praise to Klasker for this one.
Last edited by Frank Dodd on Jun 23, 2011 23:19, edited 1 time in total.
Top

I must admit I'm not sure, it is probably partially because the included ode was built by myself from source with the GCC compiler and includes other statically linked components (in the same way that the GCC Irrlicht DLL is 6.6Mb and the Microsoft version is only 2Mb).

This does seam quite a difference though so its possible it has been built in debug and includes symbols, I will try to take a quick peep at it for the next release. Thanks for pointing this out.
Top

Yes some of the examples do run flat out often running at hundreds of frames per second, I have been going through them and limiting them to 60 fps. Examples like "109_Example_Beam_Node" should be more friendly to your computer, I will also try to get all of these amended for the next release.

I have just quickly made an update to the archive to stop the sphere demo crashing, it was missing a bitmap in the file.
Last edited by Frank Dodd on Jun 23, 2011 23:20, edited 1 time in total.
Top

use double ever if you get the FB timer value

You can limit the FPS by setting the vsync value to true.

I do have a update to IrrStart and IrrStartAdvanced... the other one had a potential problem with device->clearSystemMessages where device was 0 (causing a crash). I'm not sure if the last version you have even has "device->clearSystemMessages", but apparently it is necessary in the case that you ended a device and then just started a new one. Also, IrrStartAdvanced now allows all the device/driver starting options to be set.

I did add default parameters to the C function itself for IrrStartAdvanced. I'm a bit queasy about not having those there.

(I really hate the tabbed indentation style so I redid the indentation of the entire function....)

// The system has started up correctly:
initStatus = 1;

I readed the wrapper reference manual
but some questions are open

if you have high detailed car node with 8000 polgones

how you can set a low detailed version for the shadow model ?

Can the Irrlicht engine create level of details LOD's self
or must the Irrlicht user support different versions of the same 3D model?

There is no built-in LOD system. You have to do it yourself, but it's pretty easy to set up. Just create a node with subnodes of all the different versions of a model, then set the correct node visible according to its distance from the camera every time the camera position changes.
Top
Post Reply
904 posts